A stay at Ardmore Glamping Pods is a must for outdoor lovers and families of all ages and will provide a memorable experience in a most unique setting. 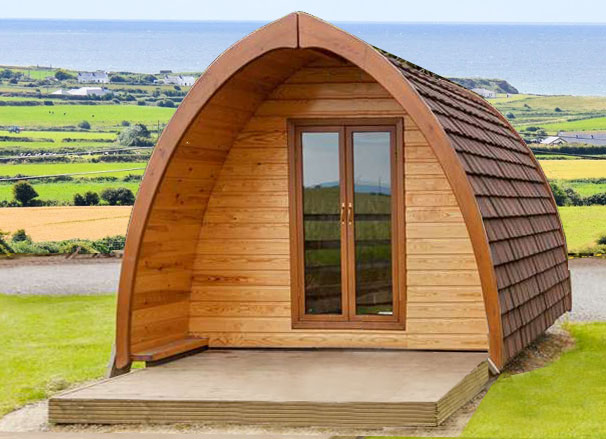 Ardmore Glamping Pods opened its doors to the public in summer 2018.  This custom made, state of the art facility is located outside the beautiful seaside village of Ardmore in West Waterford.  It is home to Six Luxury Glamping Pods and a large Scandinavian Log Cabin.  Situated on the grounds of the extremely popular Ardmore Open Farm and Mini Zoo, it is surrounded by stunning sea views and overlooking Whiting Bay 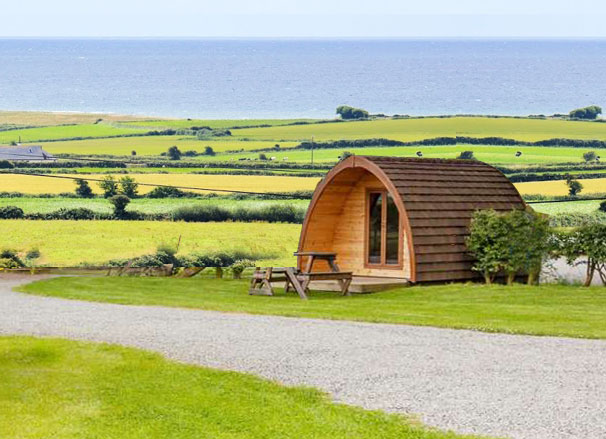 Ardmore is a seaside resort and fishing village perched on the southern coastline between Dungarvan and Youghal.  It is included on the shortlist of Ireland’s top tourist towns composed by Failte Ireland and is surrounded by a host of beautiful sandy beaches, art / pottery galleries and Ireland’s only hotel with a Michelin starred restaurant.

Ardmore is located just 45 minutes from both Cork & Waterford cities and 2 hours from Rosslare Port.